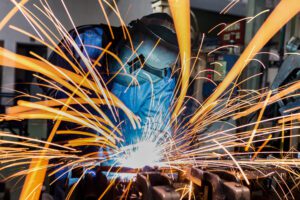 “We are pleased to have finalized our plans for a new facility that significantly expands our manufacturing capacity in Michigan,” explained Bob Kamphuis, Chairman, President and Chief Executive Officer. “This facility will include state of the art technology and equipment, which will allow us to efficiently produce the highest quality components for our new customer starting early next year.”

The Company signed a ten-year lease for the new facility, which includes approximately 450,000 square feet of manufacturing space. The Company plans to hire up to 390 employees and invest between $35 million to $45 million in capital in the coming year with full production planned to commence in early 2022. As part of the agreement, the Company also received a $2.5 million incentive package from the State of Michigan. In addition to the new facility, MEC maintains five other Michigan based facilities with over 300,000 square feet of manufacturing space in the cities of Byron Center, Vanderbilt and Wayland.