Industrial Video and Control (IVC) will provide video cameras, half of which are radiation tolerant, to Parsons Corporation. Parsons is constructing the Salt Waste Processing Facility (SWPF), a plant with the capacity to process liquid waste stored in underground tanks at the Savannah River Site. Video from the IVC cameras will be integrated into an Emerson Process Management DeltaV control system. Software from IVC will allow the video to be viewed on DeltaV Operate screens.  In addition, IVC’s software will be used to build up several multi-monitor views that will display any number of live video windows. The cameras will be used to monitor processing operations in the SWPF, allowing operators at the DeltaV consoles to oversee critical steps in the process and keep track of the activities of workers in the area.  IVC will provide cameras, a complete video network, and Relay Server and View Station camera management software to Parsons.

The Savannah River Site, near Augusta, Georgia was constructed during the 1950s to refine materials for use in nuclear weapons, and to store the solid and liquid waste that resulted. From 1953 to 1988, the site produced 36mt of plutonium in five nuclear reactors. Now, the plan is to clean up radioactive materials on the site and use the site for other purposes, including a Mixed Oxide Fuel (MOX) manufacturing plant that will convert weapons-grade plutonium into fuel for commercial nuclear power reactors. The site is owned by the U.S. Department of Energy. As part of the cleanup operation, the SWPF facility will process 75 million gallons of salt waste currently stored in underground tanks, at a rate of 6 million gallons per year. 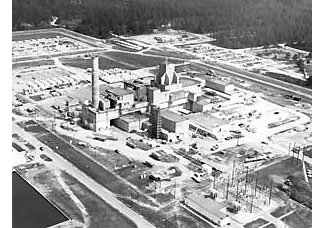