Virent Energy Systems had developed a plant-based jet fuel that has passed a round of U.S. Air Force testing. Produced in conjunction with Virent’s partner, Shell, the fuel was tested at the U.S. Air Force Research Laboratory at Wright-Patterson Air Force Base in Ohio. The test is part of efforts by Virent and its competitors to produce renewable fuels for military aircraft, to help fulfill the Pentagon’s goal to rely less on petroleum. The Air Force flew a test flight this year with an F-22 Raptor, using a 50-50 blend of petroleum jet fuel and a biofuel derived from camelina, a weedlike oilseed plant not used for food. In contrast, Virent’s renewable jet fuel would be a 100% renewable fuel as opposed to a product that would be blended with petroleum. Virent’s announcement came just weeks after Gevo Inc. of Englewood, Colorado, was awarded the biofuel industry’s first contract to supply jet fuel to the Air Force. The USD 600,000 contract consists of the supply of 11,000 gallons of alcohol-based jet fuel, which will be used for engine testing and a flight test demonstration using an A-10 aircraft. 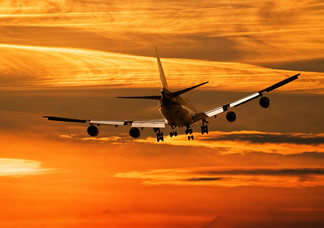