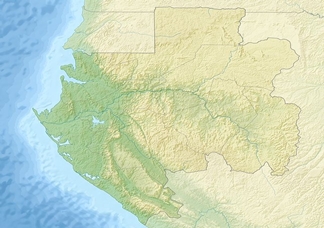 Marathon Oil Corporation announced that its subsidiary Marathon Upstream Gabon Limited has entered into a farmout agreement with Total Gabon for a 21.25% working (25% paying) interest in the Diaba License G4-223 and its related permit in Gabon with an effective date of June 15, 2012.

The companies expect to close the transaction, subject to completion of the necessary Gabonese government and partner approvals, in the third quarter of 2012.
With an area of approximately 9075km2, the Diaba license is located about 50km off the southern coast of Gabon in water depths between 100 and 3500m.

In addition to Total Gabon, which serves as operator, the partners in the Diaba license and permit are CIE Gabon Diaba Ltd., an affiliate of Cobalt International Energy, and the Republic of Gabon.

“We are pleased to re-enter Gabon and join our partners to explore pre-salt objectives in the Diaba permit,” said Annell R. Bay, Marathon Oil’s vice president of global exploration. “This partnership combines the extensive deepwater drilling and completion experience of Marathon Oil, Cobalt and Total Gabon to fully evaluate the potential of this license.”

A 6000-square-kilometer 3D seismic survey of the permit was conducted in 2010, following 2D seismic work in 2008 and 2009. Processing of the Diaba seismic data was completed in late 2011. Data interpretation continues in preparation for the planned start of exploration drilling in the first quarter of 2013.