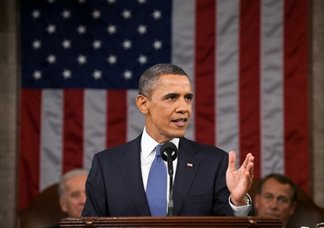 The Obama administration said it will expedite seven renewable energy infrastructure projects, several in battleground states, to power about 1.5 million homes. The proposed projects include wind and solar plants in Arizona, California, Wyoming and Nevada to be run by companies such as First Solar Inc. (FSLR) and NextEra Energy Inc. (NEE). The White House said additional projects to be expedited will be announced in the coming weeks.

“As part of President Obama’s all-of-the-above strategy to expand domestic energy production and strengthen the economy, we are working to advance smart development of renewable energy on our public lands,” Interior Secretary Ken Salazar said in a statement.

The announcement is part of President Barack Obama’s “We Can’t Wait” initiative, a series of executive actions he has taken to grow the economy in the face of opposition from Congress. Other steps under the “We Can’t Wait” banner include efforts to help homeowners refinance their mortgages and help students lower their college loan payments.