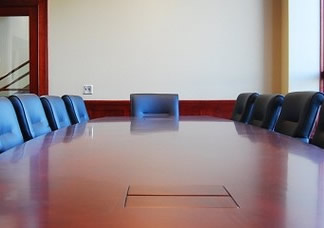 Enbridge congratulates Ontario Members of Provincial Parliament (MPPs) from all three provincial political parties for working together in the spirit of collaboration to pass Bill 8, Ontario Underground Infrastructure Notification System Act, 2012 (Bill 8), a move that makes Ontario the Canadian leader in safe digging practices.
The final passage of Bill 8 today in the Ontario Legislature will lead to the implementation of a single ‘One Call’ system in the province that will make it easier for Ontarians to find out the location of underground infrastructure before they dig. Membership in the existing system is voluntary, and at times, Ontarians were required to make up to 13 separate calls to obtain this important information. All too often, this confusing process led to people digging without contacting local utilities for the location of underground wires, cables and pipes, a scenario that could be extremely dangerous or even deadly.

Enbridge Gas Distribution’s natural gas pipelines in Ontario are damaged an average of four times each day and much of this damage is the result of people digging before calling for the location of underground utilities.

“Each time an Enbridge pipeline is damaged, emergency responders, our employees and people in neighbourhoods across Ontario are put in potentially dangerous situations,” said Guy Jarvis, President of Enbridge Gas Distribution. “Ontario families and businesses depend on underground infrastructure to provide critical services every day and protecting this infrastructure is just good public policy.”
A streamlined system, similar to that outlined in Bill 8, exists in all 50 U.S. States. As a result, these States have seen a reduction in damages to underground infrastructure by as much as 70 per cent since implementation. The Ontario Regional Common Ground Alliance (ORCGA) estimates that annual damage to underground infrastructure currently amounts to more than USD 39 million, resulting in unnecessary costs to Ontarians on their utility bills and property taxes. Damages also result in lost revenue and lower productivity and efficiency for businesses of all sizes in Ontario.
ADVANCED SEARCH